For us, Collet's wines have the kind of weightlessness and mineral intensity which we love about classic Chablis and which has been hard to come by in recent years.  The domaine has 40 hectares with old vines planted as far back as 1932, producing low yields of concentrated fruit.  Unusually, Romain vinifies each premier and grand cru parcel in a different way, according to its terroir (for example, 1er Cru 'Les Forêts' is fermented in 90% inert concrete eggs, while the 'Vaillons' sees two-thirds oak).  The wines are united by moderate alcohols (mostly 12.5%, a figure we have not seen for some time!), tension and minerality which lingers enticingly on the palate.  2020 was in some regards even warmer in Chablis than on the Côte d'Or, but (critically) there was more rainfall in August, re-hydrating the grapes and avoiding over-concentration.

Having spent recent weeks offering wines from the most famous Côte d'Or appellations, Collet's Chablis prices seem crazily good value...premier cru burgundy at £120 per six, grand cru at £245!  These are also wines which we would be confident to age, in fact, the fine mineral character demands 2-5 years (depending on level) to really develop and show its complexity.  Quantities on all wines are limited, including the village Chablis (hence we must limit orders of this to one dozen bottles per customer), so please let us know as soon as possible if you would like to order 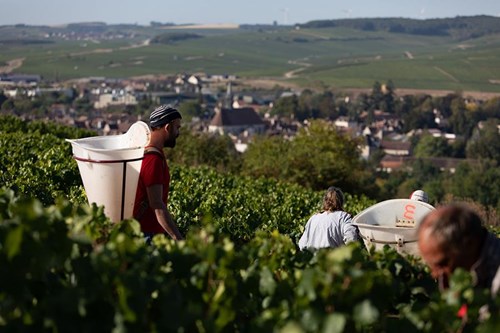 The Collet family have quietly been producing Chablis since 1792, but in the last few years, the family domaine has begun to gain attention, under Romain Collet, who is rapidly making his way into the top-tier of winemakers in the region.  Domaine Jean Collet & Fils has not been widely imported into the UK, so we were delighted to have obtained allocations from the 2020 vintage.