This was another tasting from miniature cask samples, sent by courier, which transported us immediately, to the little square in front of the Church and to the cellars at Voillot.  It is just remarkable how much identity these wines can convey.

They use no whole bunches at Voillot and the winemaking is very traditional, with daily pigeages and remontages at the start of the fermentation.  The style of winemaking here inherently leads to elegant wines, but in 2019 there is also masses of fruit concentration, backed up by fine, ripe tannins which will sustain the wines for a very long time.

With such a fine, ripe and balanced vintage on offer, there has never been a better time to buy these classic reds from Voillot. 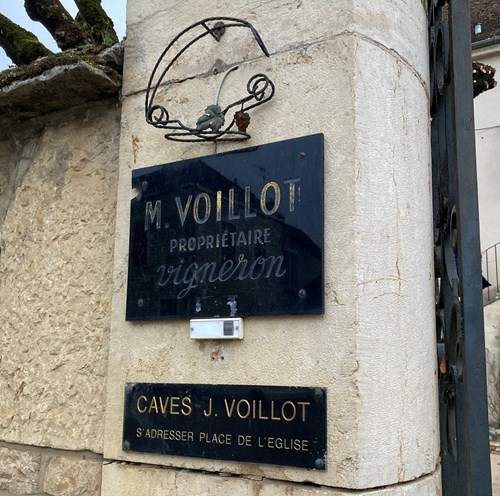 Domaine Joseph Voillot is a favourite domaine of ours, producing understated, elegant wines, which are classical in the best sense.  Recently-retired Jean-Pierre Charlot is a winemaker's winemaker, widely respected and a mentor to many starry names in the region.  He is equally respected by several of the most influential critics...and yet the domaine remains (just) below the radar, in-part due to its size and the small amount of wine produced.

We first visited here in the late 1990s to taste the '96 vintage.  Jean-Pierre had recently taken over from his father-in-law, Joseph Voillot.   He is is a gruff but genial bear of man, a rugby fanatic whose stoutness and no-nonsense approach always seems at odds with his elegant, ethereal wines.  For many years, he lectured at the Lycée Viticole in Beaune and many of the current generation were taught by him.  Since 2016 he has been training his nephew, Etienne Chaix, to take over and in recent vintages, Etienne seems to have really found his stride (although Jean-Pierre still checks in on a daily basis!). 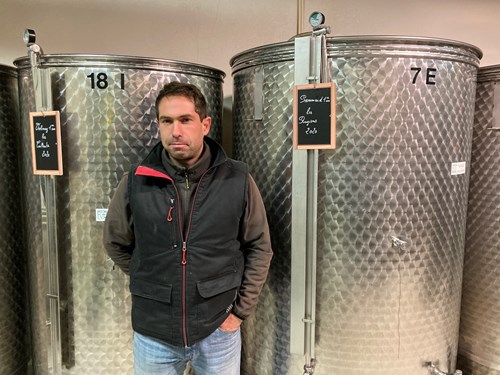 The winery and cellar are in the middle of Volnay, a few metres from two great bastions of the village, the church and Le Cellier Volnaysien, one of the most traditional Burgundian restaurants on the Côte d'Or.  The domaine's 9 hectares of vines are mostly in Volnay and in neighbouring Pommard and are notably old, with even the village Volnay boasting an average vine age of 50 years.  These old vines tend to give low yields, even in the best years.  Voillot also own vines in Meursault and Beaune. 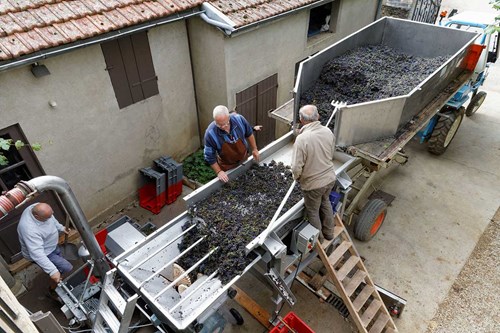 After total destemming (no whole bunch fermentation is used here) the harvest is put into vats to macerate for between 14 and 18 days on average.  White grapes are pressed whole.  After moderate pressing, alcoholic fermentation occurs in vats, with wild yeasts particular to each parcel, retaining the identity of each terroir.  Daily pigeage and remontage is practised at the start of the fermentation.  Between 10 and 15% new barrels are used each year.