Released this morning at £510 per six bottles, 2021 Lynch-Bages seems to us to be on a par with recent top vintages.  There was also an intimation of something new, of more precisely defined aromas, although this is such a brooding wine that it rarely shows its full colours when tasted from cask. 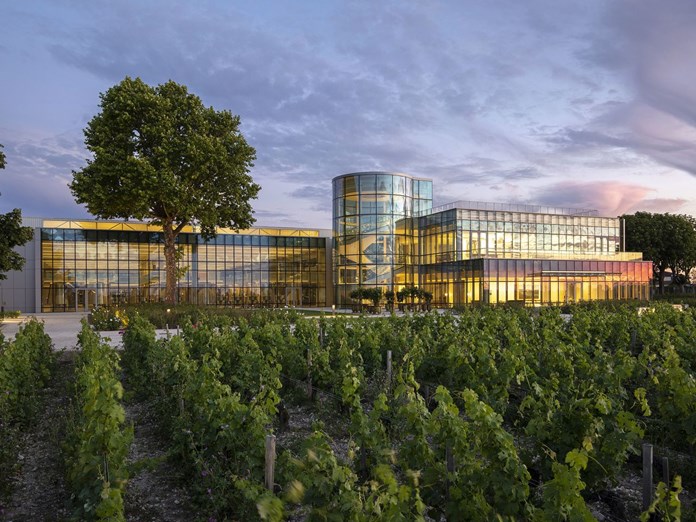 We tasted the 2021 in Lynch's brand new winery, where form follows function in a spectacular fashion, with enormous stainless steel vats on elevators to move the wine around by gravity (avoiding the loss of aroma caused by using pumps).

The result in 2021 is a wine which manages to be both sombre and powerful whilst offering more cool, classic aromas, which according to William Kelley include 'minty cassis, sweet berries, loamy soil, black truffle and cigar wrapper'.  Neal Martin is on board with the '80s zeitgeist (following that other new release, the 'Top Gun' sequel), calling it a "very classy Lynch Bages with echoes of Jean-Michel Cazes' classics from the late eighties".

Described by Liv-Ex as "among the best value wines {from this estate} on the market today", this is a significant new vintage from Lynch-Bages and we can see every reason for adding some to your cellar.  Below, you will also find Lynch's two sibling-estates, Haut Batailley and Ormes de Pez, released earlier this week. 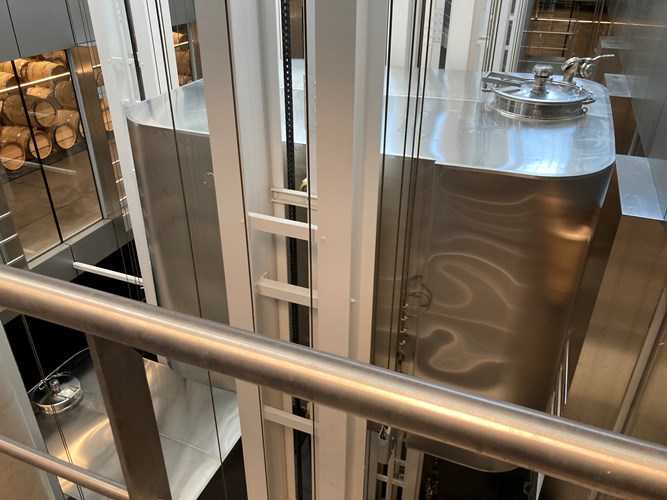 One of six enormous 100 hectolitre elevator vats which bring the wine up from for pumping-over and racking ('delestage'), removing the need for pumps which can reduce aroma and flavour in the finished wine.

You can see full details of these and other new releases on our Bordeaux 2021 En Primeur offer page, here.

To order, e-mail us at sales@richardkihl.ltd.uk

Château Lynch-Bages is a Cinquièmes Cru Classé in Pauillac, founded in 1749 by Thomas Lynch in the villages of Bages. Lynch's father John has emigrated in 1691 from Galway in Ireland to Bordeaux.  The estate changed hands in the nineteenth century and was eventually purchased in the 1930s by Jean-Charles Cazes.  In 1972, his grandson Jean-Michel Cazes took over, followed by his son Jean-Charles. The technical director is Nicholas Labenne.

The 90 hectares are just outside Pauillac itself, with the vineyard on the Bages gravel ridge, looking down on the Gironde, planted to 73% Cabernet Sauvignon, 15% Merlot, 10% Cabernet Franc and 2% Petit Verdot.  Around 25,000 cases are made in an average year.   The second wine is 'Echo de Lynch-Bages'.

Construction of a new winery began in 2018 and 2020 is the first vintage to be made in it.